Back in 1960, Arne Jacobsen had designed an entire hotel from its external facade to internal furniture and rooms, right down to the cutlery used in the restaurants. This has become an icon and even a marketing bragging right if you visit the hotel’s website. The hotel I’m referring to is the SAS Royal Hotel in Copenhagen. After SAS sold their share in the hotel, it was renamed Radisson Blu Royal Hotel. If you noticed, most of Arne Jacobsen’s classics pieces that had achieved fame were designed for this hotel.

Before I visited the hotel webpage, I was full of anticipation given the history I had read about the hotel. A quick visit to the hotel’s webpage shows Radisson Blu Royal Hotel claiming the world’s first designer hotel title with “famed” Egg Chairs and Swan Chairs. Sounds cool, until I saw the page about the famous room 606. A few questions popped up in my mind. Why was it that only one room is conserved in its original design? Is it in bid for renewal of aging design? It shouldn’t be, since Modern classics are timeless to a lot of us. Is it because of items had worn and required replacement? It shouldn’t be either, since the hotel can still replace the originals with new pieces as we know Arne Jacobsen’s works are in production even till today by the quality brands.

Louis Poulsen’s Re-Issue of the 50th Anniversary Edition of the AJ Lamp.

Further search online uncovered an article in Washington Post that explained what had happened. If you are a design buff or Arne Jacobsen fan, please do not read the article if you do not want to be upset. Unfortunately, during a management change in the 1980s, the hotel’s identity and potential brand equity was stripped when the new management decided to sell off the “old” original furnishings in a “cheap” sale and replace them with corporate stuff. A truly sad day for the Modern Classic history. Imagine if the hotel is to conserve Arne Jacobsen’s works, how much more they will be able to be able to benefit from their rich history in design and architecture. You can bet that the management had regretted their actions when they re-purchase new pieces from Fritz Hansen to refurbish the hotel. It’s never too late for make up actions, good move.

The AJ Floor Lamp by the side of Swan Chairs, both by Arne Jacobsen.

Ordinary it may seem on the first sight, the AJ Lamp is available as a Table, Floor or Wall Lamp. It consists of a tubular structure holding the bulb and a conical diffuser cover that spreads the light out. With the light source concealed deep in the lamp shade, the AJ Lamp is able to provide glare free, directional light. This is especially good for use as a bedside table lamp so that you can read your book without disturbing your love one sleeping beside you. The floor lamp also work equally well when placed behind the sofa so that the pages of your book can be illuminated by the directional light for that nice read. Physically, the AJ lamp’s solid top vs its skeletal base gives it a top-heavy look. The lines are simple and is full of minimalist taste. What can I say as a Minimalist fan? I like that! To the man on the street, the AJ Wall Lamp and the Floor Lamp are simply longer and shorter versions of the AJ Table Lamp. You can either see it as design consistency or pure simplicity. For me, I just want one! 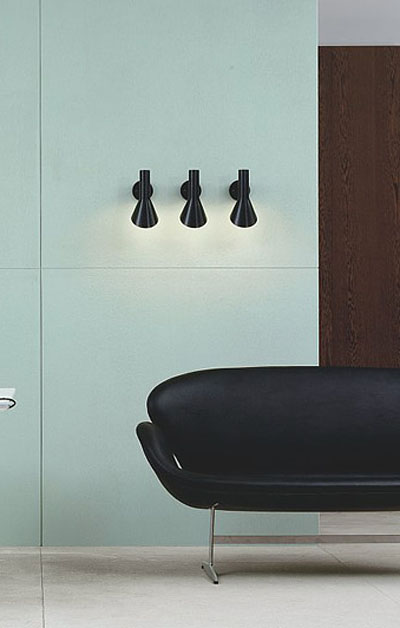 Can you Find the AJ Table Lamp? It hides well amongst the Minimalism.

AJ Floor Lamp Lighting your page over your Shoulders.

I searched for the history of the AJ Lamp and came across an article by Space Asia Hub that detailed the origins of the 50th Anniversary Edition. In celebration of the 50th Anniversary of the AJ Lamp, Louis Poulsen worked with Fritz Hansen, the manufacturer of the Egg and Swan Chairs (also designed by Arne Jacobsen) in search for some colour inspirations. They looked at some of Jacobsen’s colour scales together with the old textile samples for the Swan and Egg Chairs and concluded that Arne Jacobsen was searching for soft and calm tones that follows his concept of tranquility. The pair then selected 5 of the most feasible colours that can blend easily into any décor that customers may choose. An interesting fact highlighted in Space Asia Hub’s News Release is that the colour hues chosen for the 50th Anniversary Edition of the AJ Lamp can be found in many of Jacobsen’s watercolour paintings he had worked on as a hobby.

The 5 New Colours for the 50th Anniversary Editions.

In 2010 Louis Poulsen re-issued the AJ Lamp in 5 new silky matt finished colours that Louis Poulsen had chosen with Fritz Hansen. Each of the soothing and quiet-elegant colours is named after the rooms in which they appear at the Copenhagen’s Radisson SAS Royal Hotel. They are room 1805 (petroleum), 1806 (red), 1808 (sand), 1809 (yellow/green) and 1810 (green/blue). Enough said, I shall let the pictures do the talking.

AJ Wall Lamp for the Minimalist. 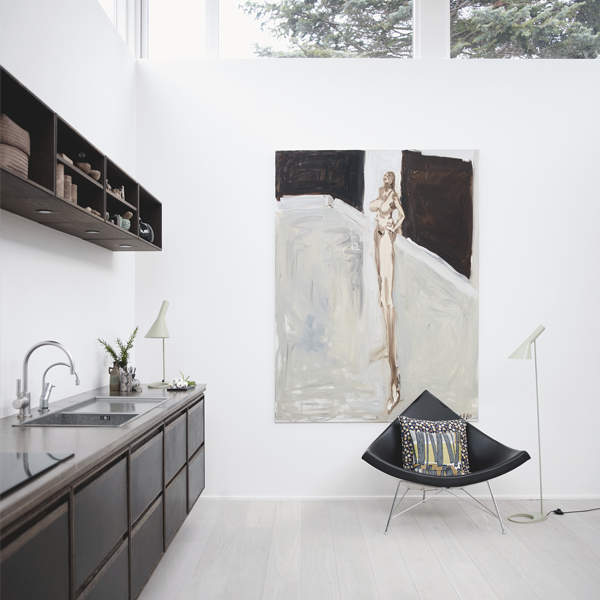 AJ Floor Lamp for the Minimalist. 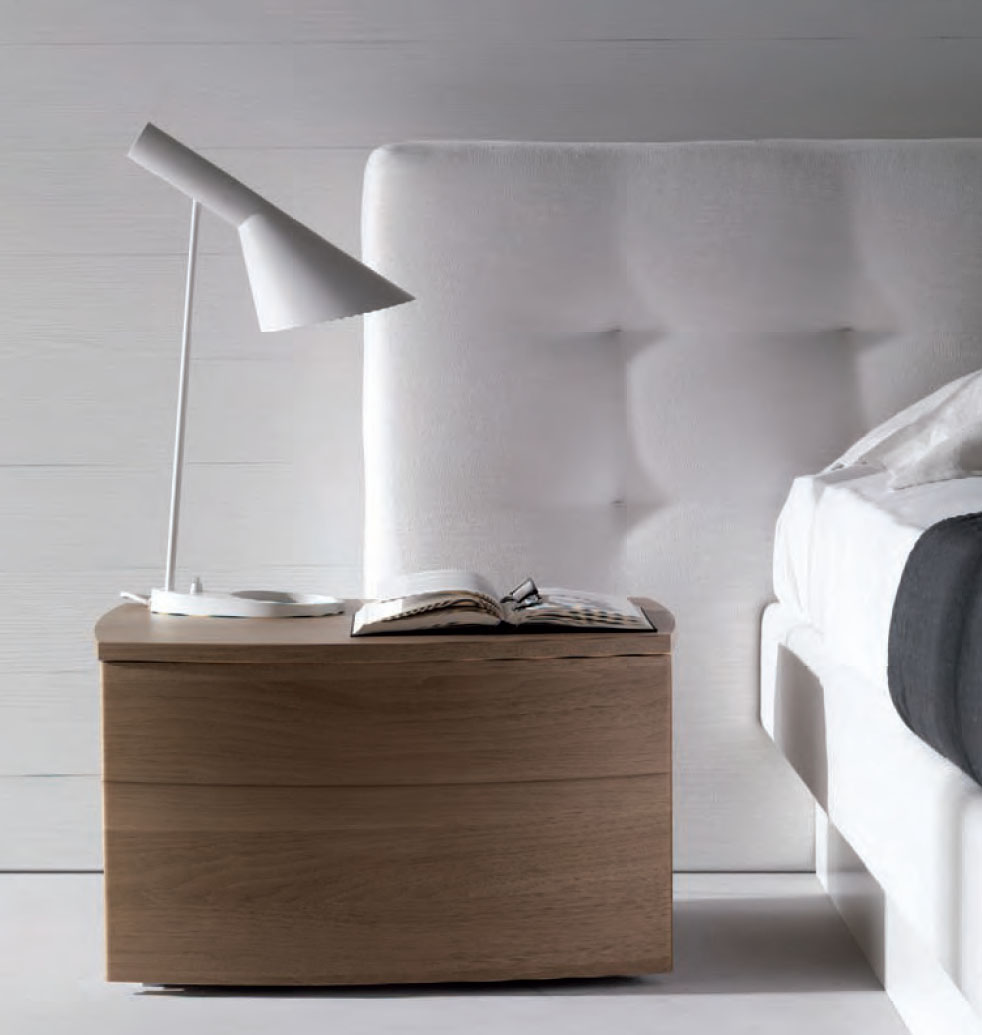 AJ Table Lamp for the Minimalist. The AJ Lamp is pure Minimalism!